i was lucky enough to be invited to a private meet and greet with my all time number one celebrity , the legend that is STAN "THE MAN" LEE.
There was only 10 of us and we believed we were to meet him in a hotel conference room after waiting for him in the hotel bar for about an hour- he was delayed due to traffic fro his appearance on the BBC's One Show. we were taken up  to his hotel suite and left to ponder what would happen when we all met our idol, woudl we be able to speak? would we scream? would my friend Matt faint?
As Stan Lee walked in to the room we were advised that he was tired and that he probably wouldnt be up for too long about half hour would be expected so instead of the two items we could get signed we were allowed four.
As he walked in to the room first thing i noticed was how thin and frail he looked. you forget when you see him on tv and hear him talking with such energy that he is 89 years old. up close you can see that he is an old man. He sat there we were all silent and then he smiled and introduced himself and then the questions and stories began.
he was first asked about his new status as cameo king in films and tv shows such as Mallrats, Big Bang Theory and the films produced of his Marvel creations, and how he felt being now recognised by a new generation like this and did he ever expect to be doing such a thing. He laughed and commented that he was suprised that his career had moved in this way but it was fun and he really enjoyed doing them and started to tell us about his upcoming ones in Avengers and Amazing Spiderman but he stopped short before giving too much away.
The next few questions all became a blurr but he was asked about how he created spiderman and he went off on the story of how he created peter parker and why he chose a teenage boy who was a nerdy outcast and how that was fresh and he coudl explore different aspects of character then the generic pure good superhero.
one of the other attendees was Lee Bradley - a Marvel uk comic artist who presented his art work to Stan to get his view on it and how much influence he had in with marvel uk back when it began. Stan loved the art work and only real tip was never give up - and always try to emulate the present style of a comic for example spiderman- then show the publisher that ou can do what they looking for- yes do your own style but after get your foot in the door.
there was discussion about how he changed his name from stan lieber to stan lee- mostly because back i the day comics were looked down upon in the industry and stan wanted to one day write a novel and be taken seriously and was worried comics would prevent this- oh so how little his past self knew about his future.
As the hour mark passed us by Stan was in full swing and full of energy though his age was noticible in his hearing and then taking a minute or so the register what was said and how to reply.His team then started to take our items and pass them to him for signing- saw some amazing things - 1st App deardevil, Black Panther. some beautiful books and amazing collections.
i got my 1st app She-Hulk, 1st app Wolverine, Giant Size Xmen 1 and death of gwen stacey issue of spiderman
my friend Matt has had an amazing picture of him drawn as spiderman  proposing to his girlfriend which Stan loved and added his personal touch to prompt a happy answer from the lady when she presented it.
This took about another half hour to fortyfive minutes especially when i kept distracting him with more questions.
As the night ran down we all formed in small groups for a photo with the legenday man himself in which Matt had brough a " I AM THE REAL STAN LEE" board to add to the fun flavor.
so thats pretty much what i can remember from that night- was a total one off experience will never come around again and so please that i was part of it. Stan Lee is my idol a real living legend and he didnt disapoint.
Oh and then i blagged single photo with him ( accidentally having a happy birthday badge kept in coat pocket has its uses ;) ) 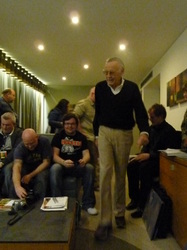 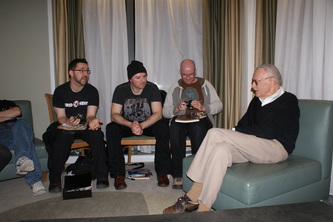 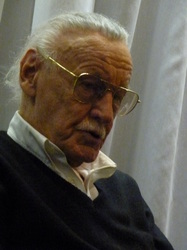 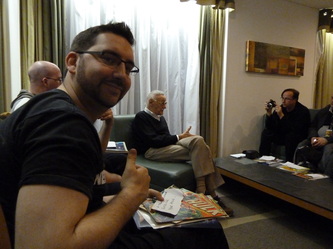 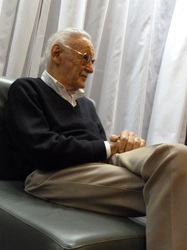 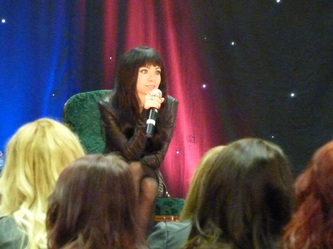 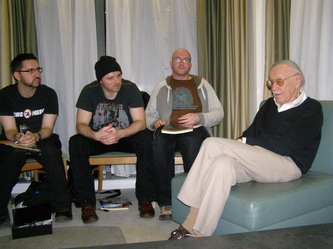 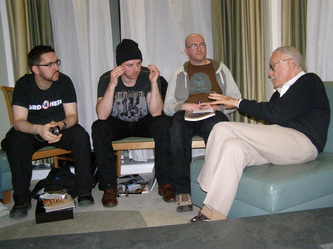 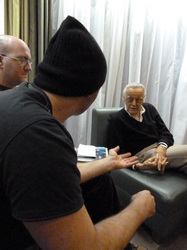 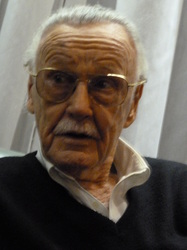 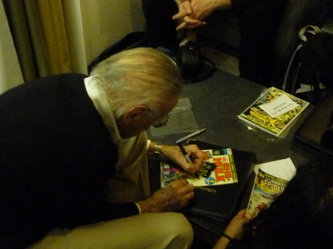 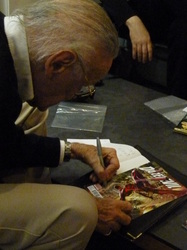 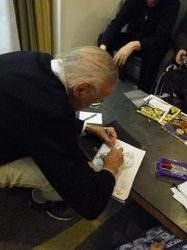 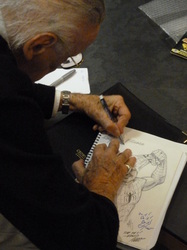 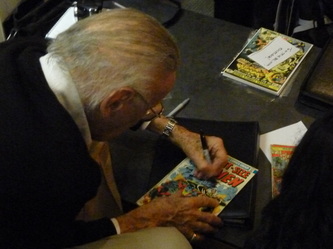 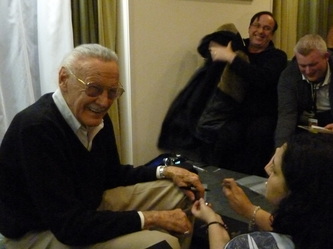 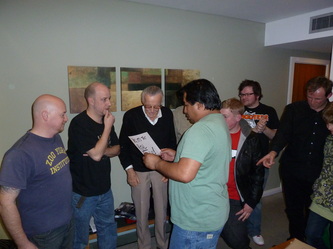 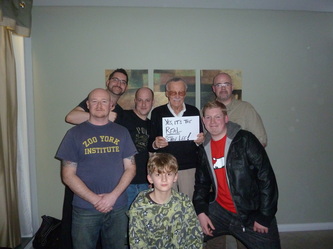 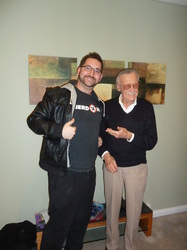 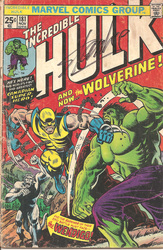 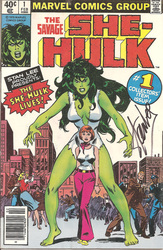 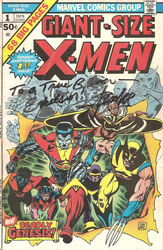 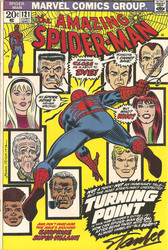