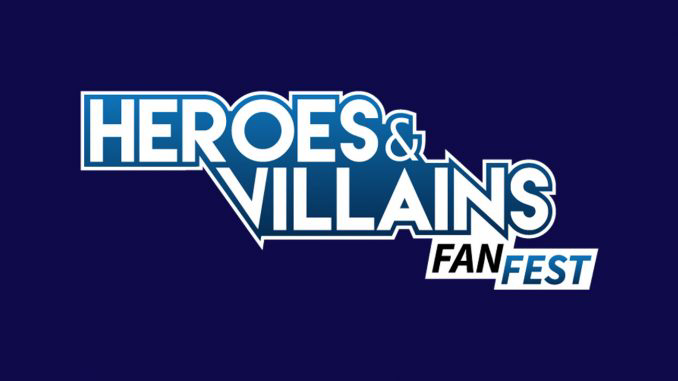 As many may know I am not a fan of this event . I don’t like the costs , the not knowing of auto prices before the event and some other aspects . I went last year and though i has the same issues I gave it a try and a fair review.


It was a nice quiet event , well run and good layout . So this year I did attend again due to a handful of guests I wanted to meet .


Was it as good ? Was my experience as positive? No.


Was it bad ? Not really it was mostly just meh . I arrived later then I would usually as all my photo shoots were after 2pm. I hadn’t planned to get any autos as I had spent enough money on photos and having mcm tomorrow I needed to save money . So my plan was to hang with friends and watch the panels .


I did break my auto rule as I needed Fran from legend of tomorrow to complete my fire storm pop previously signed by victor . The queue was slow . There wasn’t many of us there but it moved at a snails pace . When I did finally get to the front we had a brief chat about his character and the hope he would return but at moment he was having an acting break to spend time with his recently born daughter so we spoke about kids for a while . Since becoming a dad it seems all I do with guests is talk about kids these days.


The two things I noticed about this saws interaction was there were generally very few staff/ volunteers around . The lines between gold, vip and general entry were barely managed and all was a free for all and that the staff were literally writing down what had been paid for ok scraps of paper . No tickets etc seemed all very last minute.


But all in all he was a nice meet and spent time with the attendees .


I wandered around looking about and again as last year you could see it was a quiet event . Like a typical Friday or a local signing event . Which is a good thing for an event with so little Staff about to manage.


I didn’t like it understand the new layout . The main entrance and hall was empty . They had a few guests around the outside and the limited stalls scattered around . Where the stage was last year had become a roped off area for a bucking bronco ,some kids tents and the awesome stall selling glitter tattoos . They were the busiest stall I saw all weekend and did have some great designs.
But there was no atmosphere . It just felt empty all day.
This year they had the first floor to which they had put a few more guests and then the photos and the stage next to each other .
This didn’t work . There just wasn’t enough room for people to queue for the panels and the room was so brightly lit that every guest talk they had to ask for the light to be lowered . The photo lines still worked as well as last time - very well sign posted and lines ok the floor. But none really felt that long and most were over quickly .


The moving of the stage I think was a bad move as it took the focal point away from the main area and you then lost the atmosphere and excitement.


I met 5 guests for photos


Juliana - the new black canary . She was beautiful and really sweet. Loved to pose and gave a big cuddle to all that met her.


Kirk- I have been a fan of him for many years. Even though the meeting was brief he oozed caring and made that interaction seem longer. Plus his voice really is that gravelly in real life


Harley - this was the guest I was most excited about . I love him in the flash and he didn’t disappoint . Very friendly and wow he’s tall . He’s even taller then me. Told him he better be back next season. To which he pretty much confirmed he will be .


Burn - one off my celeb bucket list. The last torchwood cast I needed . I never been a huge fan of him tbh he always comes across as snobby in his roles but my god was he different .we joked he was the last one I needed for my collection and he was genuine and playful . Really happy with this meet


Aisha - she was sweet and fun . We asked for Charlie’s angels but I not quiet sure what she was doing in the photo . But she’s laaaaaaaaaaaaana so I’m happy and due to a mix up with her prices she gave away via a raffle 2 free autos to people who had purchased a photo shoot . Alas I didn’t win .


Overall even though they were quick interactions I felt a lot more positive meeting them then I did from all the guests I met at wales recently. Maybe it’s just they are a nicer cast I don’t know.


John barrowman - after all these years I finally saw a barrowman talk . Well ... it was an experience. From the drag act to his wonder man outfit - with tight shorts and high heels. Was hilarious and very naughty . Tho one person asked a question about his architect husband and what was his favourite erection and that broke barrowman . I don’t think I ever seen him lost for words . Plus the high light of the panel for me was him half way through he just turned looked at my friend and shouted out his infamous catch phrase that he shouts when ever he sees my friend Louise “ fuck off louise “ so that made the con for me
He ended with a couple of songs and was very fun.


Gotham
This one was slightly more subdued in comparison but like barrowman they did like to tease the interpreters this time the subtitles guy.


These guys have been around a few times and know each other and their characters well. Hi can see that they are close and was a nice talk. Nothing to memorable but nice


The gifted
I enjoy the show and I did want to meet these guests but sadly has to cut them for costs. Emma is beautiful and has the green hair ( swoon) they came across well and lively and very political for the comic world and know their characters and their history really well . The main thing I was most shocked about was the majority of the people asking the questions were young girls . I never thought it was a show that was watched by kids under 10.


Overall the event was ok. If you were not buying autos or queuing then there wasn’t much to do. So I did feel myself walking around aimlessly a lot . Which I’m not used to at a con. Again it wasn’t bad just have no real emotional attachment to the event itself . It’s still very over priced . The guests are nice and I still love the high signing tables . But the lack of staff and the new layout take away a lot of the good from last year.


Would I attend again - probably if they keep doing the cheap entry deals like they have ran all this year and if they have any new guests. The only thing really going for it is that it is so quiet . It was weird to see signing tables empty most of the day - some guests in never even saw at their tables once .