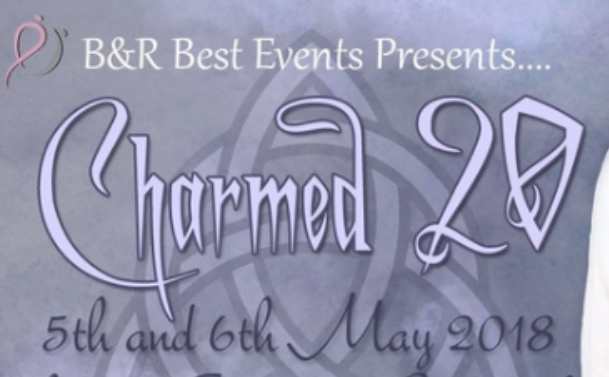 
Well ... this will be a bit trickier to review due to me being involved with the event . But as always I will try to be as unbiased as possible.


There was good , there was fun , there were teething problems and there was a wardrobe malfunction


I will break this review down a bit different to usual as weekend events can be repetitive as they are similar schedules each day .


So I will review the sections


Registration : as noted by many other attendee reviews - quick and simple . Having opened briefly Friday night to beat the rush. All the packs were ready to go . You queued up - showed ID and were given the pack. Inside was badge and your preorder vouchers . There were a few that had the odd time missing but they were dealt with quickly and all ( as far as I know and heard online ) got all they were meant to and from seeing the amount of packs left on the Sunday afternoon the turn out was a high percentage.


Sales : the team has working tills and car M.D. readers which helped make it easier and quicker to go through and no need to carry large amounts of cash on you .


Photo sessions : I can’t comment on photo session A as I only saw it once on the Saturday - I heard it was busy ( as it would be as it held the headline guests . ) but the only real annoyance was it was further away from photo B and the main hall. So wasn’t great I’m a rush.


Photo b- this was downstairs in the main hall and the one that I helped run . We had some issues . The area we were given was poorly lite so we had to work with what we had . 8/10 photos were fine but there were some that were no acceptable and needed reshooting . Luckily after the session finished we had more time to plan and get new lighting in place. So that all the Sunday photos were a lot better and all those affected on the Saturday were given free retakes on the Sunday.


This is the problem with a new venue and some pics looked fine on the screen but only saw the imperfections when printed . But as far as I have been told and seen all have been sorted and all were happy


The shoots were all busy but at least my studio all went quick.


The talks :
Well totally unbiased opinion here - they were the best talks that have ever taken place at an event ever .... too much ? Ok well incase you didn’t know ... and how could you not i haven’t shut up about it , I was the MC for this event. So I was hosting the panels and warming up the crowd etc


The feedback has been mostly positive which makes me happy as it was my first time and although I love and audience I was actually quiet nervous . I have interviewed actors before but not really in front of an audience . Plus the attendees were mostly all new so I wasn’t with my usual friends for support .


Saturdays opening ceremony - started off well. Warming up the crowed who didn’t need much to warming up . Was getting a good flow going and then ... the guests appeared . The plan was to do the usual introduce at once and get them to say a few words. But before I had the chance they all appeared on stage and sat down !!!


Oh yeah forgot to say how awesome my stage was - we had sodas :)


So then sitting down really thru me . So I got a bit nervous and kinda fumbled along for them to say hi and then get off the stage .


Not my finest moment but don’t think many noticed


I then oversaw 6 panels that weekend
4 with most the cast and 2 with the headliners Holly and Brian .


They were hit an miss . It took me a while to find my rhythm with the guests . It got easier the longer I interacted with them and after the first few minutes of each we had a good lot of attendee questions to help cover the time .


The guests were really open and fun. They didn’t really shy away from any topics and the boys especially were mischievous . Holly was the stern mother when she needed to be but also Sweet and fun.


Jennifer plays the nice older lady but she has a very wicked naughty side .


Tho one of my fav moments in was when I was stalling for time as they were on their way . So I jokingly asked for some questions for me to answer and I ended up doing a 15/20 min set . Which I loved lol.


My highlights from the panels -


Brian who had become obsessed with the Macarena getting me to join him on stage doing it and teaching the others - to which someone naughty recorded it and Holly has now retweeted and has been viewed by over 22 thousand times !!! Madness .


Drew’s accidental ? Confession to having kissed rose and Holly’s face trying to work it out .


Jennifer being a breaking bad fan


Dorian learning the floss dance on stage with an attendee


Ivan and Jesse taking about rose and Jesses obsession that he kissed her ... who can blame him


All in all I think people enjoyed them and the work I did and if not ... I’ll just try harder to do better next time.


The autos sessions : I can’t say too much about the Saturday ones as I only dipped in and out but many went through on the Saturday and afternoon and the only guest that over ran was Brian as he wanted to give that extra bit of time with each attendee ... which is code for he just doesn’t shut up


Sunday ran smooth each guest has reasonable queues but none felt too long and none felt like you were rushed through .


The Saturday night meal, meet and greet and party .


This was a very limited ticket option and included a 3 course meal and then the guests came and went table to table for 10 mins a time. The food was ok but nothing special . Broccoli and pea soup and a thin slice of brioche pizza - I think that was what it all was as never had it confirmed. The main was chicken covered in what tasted and look like tomato soup with a potato cylinder and some root veg. The desert was some lemon mouse tart sliver . All were nice but not very filling .


The guests did their walk around and mingled and then the party started. I was exhausted and I wanted to have an early night .... but the music started and the dance floor called out my name. So I danced all night ... well until just after 11.


I managed to request some con songs and taught them to Dorian , Brian and drew . Had a boogie with Jesse and a nice dance with Holly . All in all a fun party .


The venue: Edgbaston cricket stadium . Wow what a beautiful venue . The view from the skyline was breathtaking esp as was such a sunny weekend .


The main hall- was a good size and managers to fit it not only a photo studio but the later stage and still had room . The only downside as that it was too dark for the photo studio ( on Saturday but on Sunday they managed to get us more light ) it was nice and central to the entrance and main reg desk.


Photo room A was reasonable sized and bright. But the other side of the stadium and 4 floors up. The lift could only carry 6 people at a time so it was fun running between the two studios as needed


The auto room ( Saturday as Sunday was on the main hall )was again on a diff floor - but was a decent size and manageable . This was also the room for the party .


The meet and greet room was on the third floor but I didn’t do any of those so can’t comment too much but they were intimate sessions I heard so that’s good . More one to one time with the guests


The guests :
Holly Marie combs - I had met her before at s signing event and she was nice enough but i was a bit nervous but she was really sweet and funny . Able to play the Mum when needed to control the others. She also was very kind to the fans and she knew her stuff and momma can dance


Brian Krause - the life and soul of the event . He was up for anything. The more fun the better . He just wanted to be apart of it all and it showed how much he loved it


Dorian Gregory - I had always heard some not so great things about him . He was the guest I was most worried about working with . But he was a big cuddly teddy bear. Sweet and kind.


Drew fuller - I had no idea who he was as I not seen the later seasons . He appeared quiet but knew when to make a joke or something heartfelt . He also has a wicked sense of humour and incest was mentioned more times then I could count. He also went all out to make sure all attendees got the most out of him when he could .


Ivan Sergei - again no clue who he was but he was so warm and caring . It was his first event and he was fascinated by it and wanting to learn more and was up for more silliness when he could .


Jesse Woodrow - he was just there for the fun. He was a minor role in the show but he has gained a place in the charmed fans hearts and he was up for pretty much anything


Jennifer Rhodes - she may look all sweetness and light but that smile hides a wicked sense of humour and silliness. A genuine pleasure to be around .


So the best events ? Did they live up to their name ? I give them an 8/10 there is a lot of room for improvement and growth but the structure is there and the staff know their stuff.


Sarah Baseley and Gemma Ironside have built a very strong team and together they have help Guide the organiser Kitti in the right direction.


The only changes this event really needs for next year -
new venue with things closer together
More parties ( I may be biased on this )
More activities to do if your not doing autos or photos - ( this is not just unique for this event as many events fail at this )
A new MC? ... shhhh I’m joking ... don’t fire me ... I miss my microphone and my stage . My beautiful beautiful stage .