How did you break into comics? What was your first published piece and did it come out as you hoped?

I broke into comics by repeatedly submitting stuff to 2000AD, going to conventions and having my work assessed by pro's etc. the submitting didn't get me very far with 2000AD for a few years, but eventually Andy Diggle took a chance on me, which I’m eternally grateful for! My first strip in 2000AD was a Future Shock entitled 'Home From The War' written by Steve Moore. I really enjoyed it despite my heart practically stopping when someone spilled coffee right across page 2 before I sent it...

Has there been any piece of work that you have seen published that you now wish you
had done differently?

I think part of the whole process as an evolving artist is to notice the flaws in your work, attempt to address them and move on - so, consequently there probably isn't a single strip that I’ve done where I haven't thought 'ooh - how did I let that slip through the net?' maybe it's a badly drawn figure, maybe it's a stylistic approach but there's usually something. towards the end of my run on Harry Kipling I started to get carried away with the whole flow of what I was doing, thinking it was okay -until someone pointed out that you couldn't tell what was happening. Since then I’ve really tried to make my story telling paramount. Also, at the start of my run on Anderson Psi, I was in a zone where I was attempting to make comics pay by pencilling, inking and colouring a page in a day - it certainly showed! Now I’d rather take as long as it takes (usually about 3 days+) but be happier with the results.

Is there any character that you prefer to draw? Any character you just don’t get on with?

Drawing Judge Anderson is great - you get all the gritty fun of Mega-City One but with loads of psychedelic weirdness thrown in too, but of course, drawing 'old stony face' himself is a total thrill. I've recently had the chance to work on my all time favourite characters Johnny Alpha and Wulf Sternhammer in a Strontium Dog/Elephantmen crossover strip written by Rich Starkings for the forthcoming Thought Bubble anthology comic - that was immense fun indeed! I think if I had to draw any kind of strip or character that, for example, just wore normal clothes in a normal environment such as a present day crime drama, I’d get bored of that pretty quick - I like to work on stuff that is brimming with crazy imaginative ideas and vistas

Who has been your biggest influence in comics? Is there a specific artist style that you have tried to emulate?

As I read a lot of comics by some amazing talents I have inspiration flying at me from all angles, but if I had to boil my influences down to a few it'd probably be - Moebius, Frank Quietly, Brendan Mc.Carthy, Brian Bolland, Ladronn, Carlos Ezquerra - most of the 2000AD art droids in fact, and any artist with psychedelic European sensibilities..

Are you a comic reader? If so what is on your pull list?

I read lots of comics! Currently I’m ploughing through Dungeon Quest (boet!), but my favourite new comic of the year has to be Brandon Graham's Prophet. (Watch out for my issue #31 cover!) also I’m loving Bulletproof Coffin, Spaceman, BPRD, Sweet Tooth, Walking Dead, The Massive, Conan, to name but a few. Of course Elephantmen and 2000AD are a constant part of my existence!

Do you have any tips for people trying to get into drawing comics?

Draw lots - draw what you love drawing (then you'll get gigs doing that kind of stuff) - do lots of life drawing - check out as much different comic art as possible, see how everyone else is doing it to get inspired! Exercise your imagination, but be ready to draw the mundane too... get lots of advice by showing your work to professionals at
conventions. send your stuff out to editors, but be tenacious - you might get knocked back at first, but take the advice, work on it and hit 'em again!

How did you develop your interest in Comics? Why Comics and not say animation?

I’ve been getting at least 1 comic every week since I was 4. my Grampa used to send me them from Stevenage, starting with Toby comic, the Beano,Starlord, then 2000AD - alas the ol' fella isn't around anymore, but without
him I don't think I would've gained this passion and inseparable link with comics - I do bits of illustration work here and there, but nothing will ever float my boat the way comics do

You have worked alot with Richard Starkings,how is he to work with and has working with him for a prolonged time changed how you work compared to working with somebody new?

Having been used to the relatively free editorial approach at 2000AD where they largely just let you do your thing, it was quite a shock initially to work with Rich - he is about as hands on as it gets, but once I started getting
to grips with the way he operates I began to notice the greatly increased evolution speed of my art. I started to get some more favorable comments about my art from people too, and I put a lot of that down to Rich's coaching. He’s
been in the business a long time and he really does know his stuff so I consider myself lucky to be benefiting from his vast knowledge pool! we share a lot of similar interests in terms of comics and sci-fi films etc, and quite often the things we end up working on come about because we'll get real excited talking about an old space film or old 2000AD issue or something and say ' yeah let's do  something like that!' - we put it through the Rich filter, add some 'Boo Goo' and a cover is born - then he has to work out how to steer the plot towards that crazy cover theme - not an easy task, but always handled with aplomb... he doesn't work like that all the time, but it happens!

Who would you most like to work with in the future?

well, I’d like to think I’ll be collaborating with Rich for a long time yet, but I’d really like to do as much work with long time friend and collaborator Tom Eglington - he is an incredibly imaginative and original writer who I feel I really click with. Hopefully, once Gunheadz is out there we'll get the chance to work on loads more stuff in the future. BIG STUFF! Also I love Al Ewing's work - I’ve worked with him a few times in the past and he is set for mega-stardom, so I’d happily work with him again. one of my favourite runs of comics ever has to be the Invisibles, so it goes without saying that I’d work with Grant Morrison in a flash if the opportunity ever arose...as long as the gigs are ground breaking, imaginative, thought provoking, and preferably have something to do with the positive evolution of the human race you can count me in. with that in mind, I’d also love to work on my strips - I’ve got something written, waiting in the wings - just need to switch my business brain on and get it rolling

You have become a regular at comic conventions what is it that brings you back each time? and have you been to any American events? if so how do they compare?

I can be quite a hermit at times, and I haven't always got on well with sketching at cons in the past, but working closely with Rich Starkings has bought me out of my shell a lot more of late -we have a really enjoyable
tag-team mentality at cons, and my confidence has grown as a result. Doing San Diego with Rich and the crew last year was a total mindblower! It was vast in comparison to any British convention. I really enjoyed it in a whirlwind kinda way, but the Brit cons are little more homely and give you a bit more time to catch up with your friends in the field... mostly I’m content to just stay at home and crank out the art, but if people ask me along for a con or a
signing I’ll happily oblige these days.

What are you working on right now?

I’m just finishing a run of Judge Anderson, Psi - which has just started up in this month's Judge Dredd Megazine. after that, I’m working on a mental yet poignant 3 part '3riller' tale for 2000AD called 'Gunheadz' featuring the mind-bendingly  groovy writing skills of Tom Eglington. Beyond that I hope to be teaming up with Rich for another episode of Elephantmen with some rumours of Conan in the pipeline...

Being an artist for 200AD how excited are you for the new Dredd film? And anything you
hope to see in it?

I am INSANELY excited about the new Dredd film! I have dreamt it twice already... as long as Dredd and Anderson are in there suitably kicking ass I’ll be happy -I’ve a feeling this film will be a tight, concise, setting up of Dredd's crazy brutal world, and any resulting sequels will probably flesh out the world in a way more familiar to regular readers- i.e. with big villains and story lines from the strip. Don’t quote me on that, it's just a gut feeling...

You've worked on 2000AD, it's been 35 years since the creation of Judge Dredd, and can you explain his longevity?

2000AD has a lot of iconic characters which seared themselves into the minds of children back in the seventies, and it seems those same icons are still keeping a grip on those same readers as well as attracting new ones. 2000AD characters are often flawed in some way, have a poignant edge, quirky design, or crazy humour angle that is quite unique to British comics - all these characters and genres have been born out of 2000AD's relentless unflinching approach to taking risks and trying out new and crazy ideas by new and crazy creators. They were
doing it in the 70's, they do it now, and i dare say they'll continue for a long time yet! 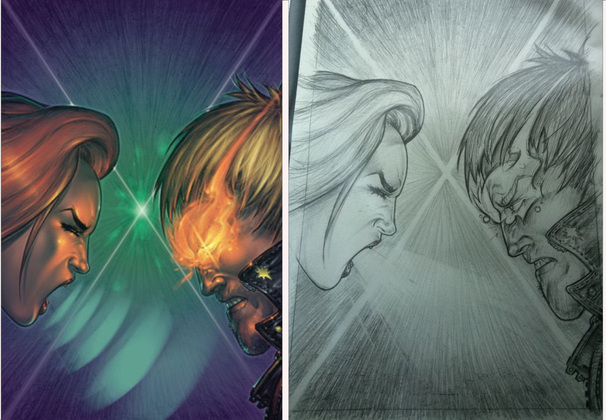 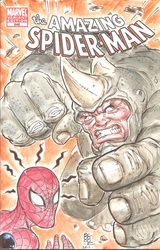 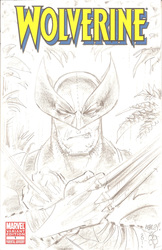 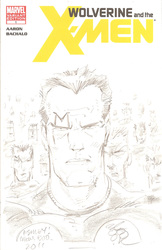 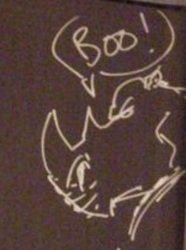 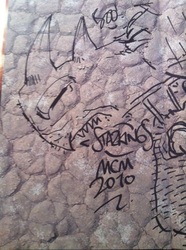 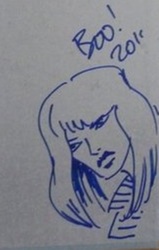 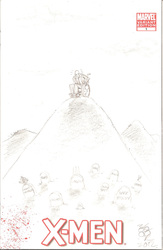